At Grossman Solutions,
we help our clients

Grossman Solutions works at the intersection of politics, people, and policy. We partner with advocacy groups, non-profit organizations, labor unions, and campaigns to solve their most challenging problems and create a more just and equitable society.

Our team combines years of on-the-ground political and organizing experience with cutting-edge management expertise. We help our clients build their capacity and expand their reach with our innovative, hands-on approach.

You have work to accomplish. We can help you do it better. 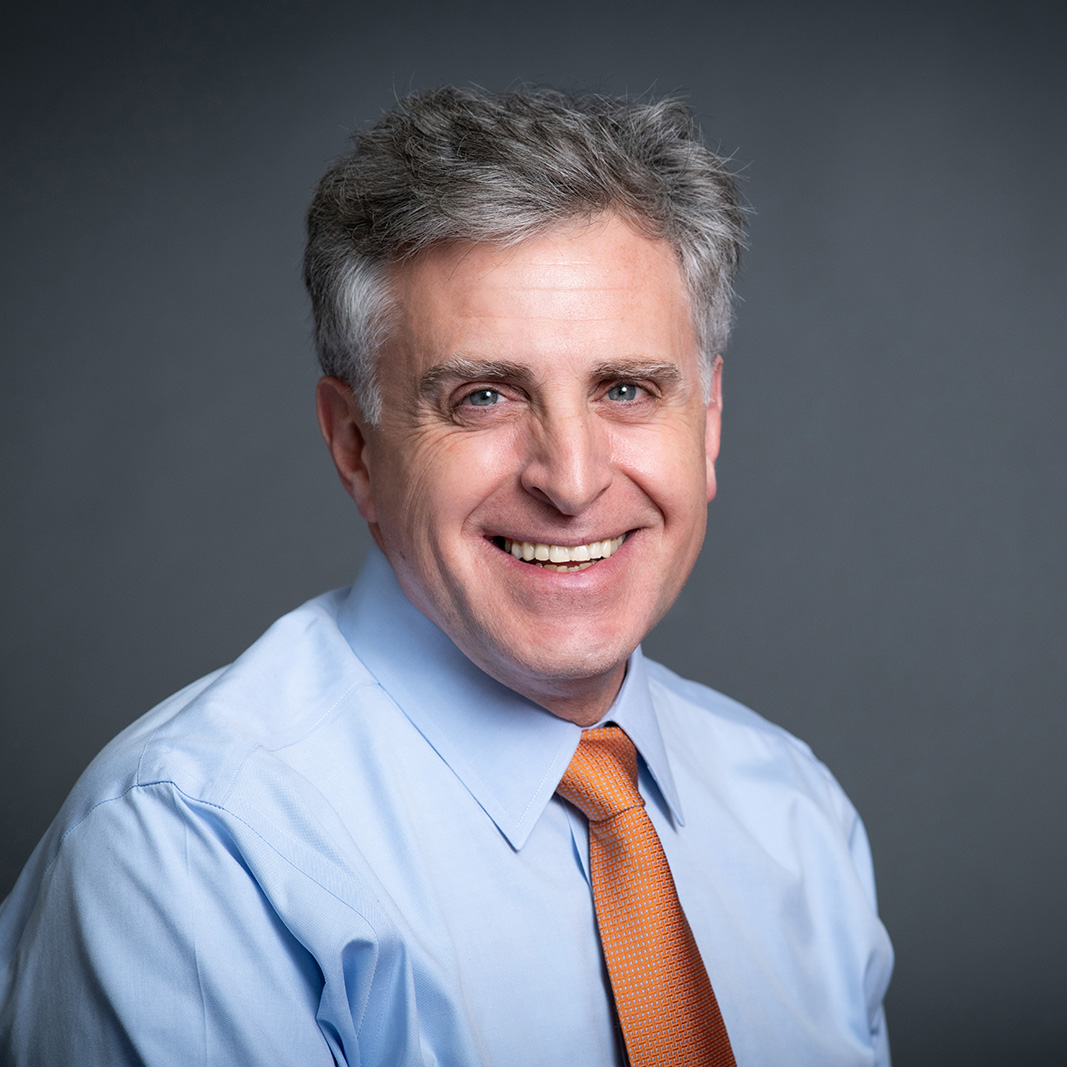 Andrew is recognized nationally as a campaign innovator and a leader in progressive politics. He specializes in strategy, campaign management, and leadership recruitment for advocacy and political organizations, labor unions, and government agencies.

As principal of Grossman Solutions since 2007, Andrew has developed the firm’s inventive, data-driven, and hands-on approach to its work. His successes include helping pass the Affordable Care Act in 2010, serving as a key liaison for the Obama White House and Senate Democrats to the advocacy community.  Andrew also created and leads the unique executive search and recruitment practice at Grossman Solutions. He has interviewed thousands of stakeholders and job applicants over the last twelve years for clients such as Human Rights Campaign, Planned Parenthood, NARAL, and America Votes, helping place scores of exceptional leaders in progressive organizations.

In 2020, 2016 and 2012, Andrew was the Director of the Democratic National Convention Platform Committee.

Since 2013, Andrew has helped Access Health CT, the award-winning Connecticut health insurance marketplace, build and implement a campaign-style marketing and outreach strategy which has contributed to Connecticut’s low uninsured rate.

Andrew founded and served as president of Wal-Mart Watch from 2005-2007, pioneering the use of cutting-edge digital campaign techniques to organize people across the country for progressive change.

Andrew served as executive director and political director at the Democratic Senatorial Campaign Committee from 1999-2004.

Andrew started his career as a field organizer for Jesse Jackson’s 1988 presidential campaign and as an advance man for David Dinkins’ historic 1989 New York City mayoral campaign. Over the course of his career, Andrew has worked on campaigns in 36 states.

Andrew lives in Simsbury, Connecticut. He and his wife have four children. 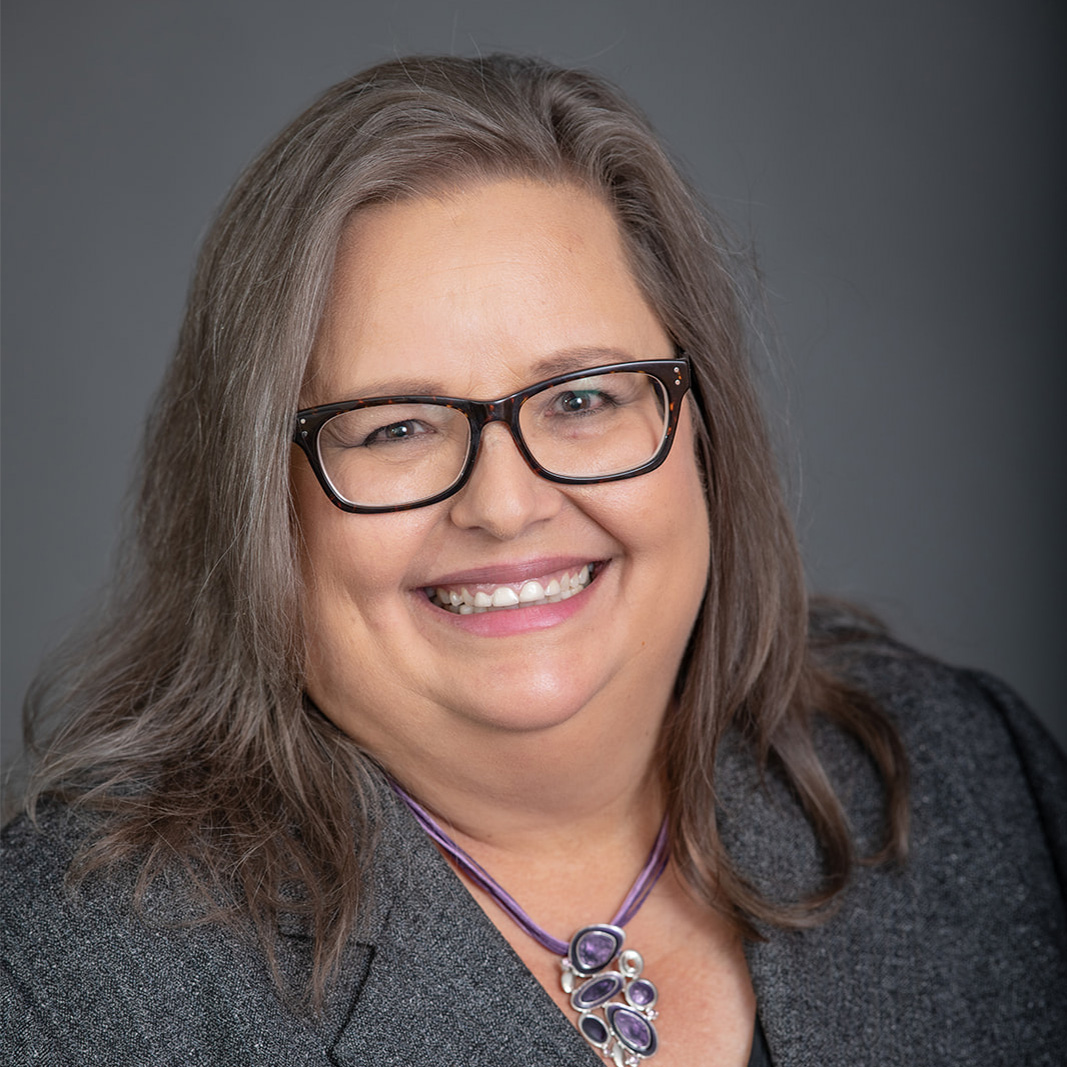 Evelyn Mantilla is a self-made leader and avowed political junkie with decades of experience across a wide array of political, business, and social circles. As a member of the Connecticut General Assembly for ten years representing one of the state’s lowest income districts, Evelyn served her constituents as a strong communicator, mediator, and effective coalition builder. Evelyn is an expert on the issues of health equity and the impact of race and economics on access to healthcare. At Grossman Solutions, Evelyn works with a number of clients, including Access Health CT and MGM. She also works with our political campaign clients, bringing her valuable insights from decades of campaign experience for herself and other candidates. Evelyn is fully bilingual in English and Spanish.

Evelyn maintains a strong connection to our community by serving on the boards of directors of organizations such as Health Equity Solutions, working to eliminate health disparities, and True Colors, serving Connecticut’s LGBTQ youth. A graduate of the University of Saint Joseph, Evelyn earned her degree in Management Magna Cum Laude.  During her leadership career, she has been graced by a number of awards for her tireless advocacy on behalf of underrepresented communities. Evelyn looks at every issue with a social justice lens and works hard to impart the value of diversity upon anyone who will listen, especially her two daughters.

Britt Cocanour has dedicated her career to creating social change. She joined Grossman Solutions having served in leadership roles for progressive organizations, non-profits, and campaigns across the country.

At Grossman Solutions, Britt heads our executive search practice, working closely with our clients to find the right leaders for their organizations. Britt has led national searches for America Votes, NARAL Pro-Choice America, and the National Audubon Society. Britt’s own experiences as a senior leader and manager give her unique insight into what makes organizations and leaders effective, which she uses to help our clients identify their needs and find the best candidates for their open positions.

Prior to joining Grossman Solutions, Britt served as a member of the executive team at Greenpeace USA. As the Director of Public Outreach, Britt was responsible for the creation and implementation of the organization’s communications and supporter engagement strategies. She directed global campaigns with colleagues in 27 national offices around the world.

Earlier in her career, Britt worked for twelve years at EMILY’s List, the largest funder of female candidates in the country. She held several positions there, including five years as the Chief of Staff. In that role, she oversaw the annual fundraising of approximately $18 million as well as the day-to-day operations for the organization. She was also the architect of the Political Opportunity Program, created to empower women candidates running for state and local office.

Britt also served as the Executive Director of a small national nonprofit; worked for the Service Employees International Union; and held leadership positions on a variety of political campaigns across the country.

When she isn’t interviewing candidates, Britt can be found baking desserts, reading a new novel, or hanging out with her wife and their two sons in Takoma Park, Maryland. 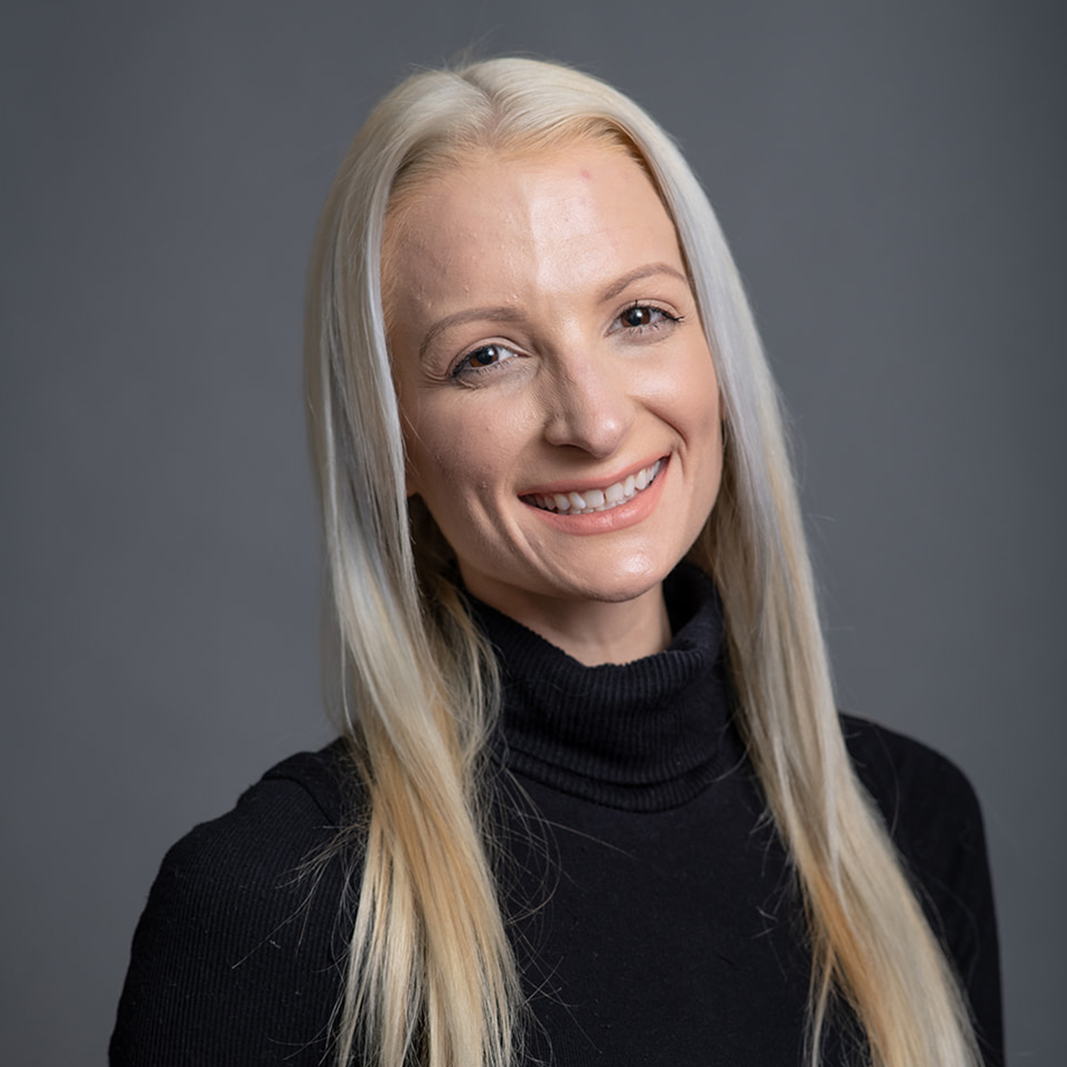 As the Director of Operations for Grossman Solutions, Tabitha leads the day-to-day planning, organizing, and implementing of the company’s financial and administrative systems and leads our social media team. Tabitha got her start as a Grossman Solutions team member in 2019 as a Brand and Outreach Ambassador for Access Health CT. Tabitha also works with Grossman Solutions clients, including Road to Justice NYC, and the Democratic National Committee.

Tabitha takes pride in committing her spare time to volunteer work and community leadership activities including The United Way Impact Teams, FLOW (Future Leaders of West Hartford), where she served as Board Member and Philanthropy Chair, and the Village for Families and Children’s West Hartford Second Chance Shop. 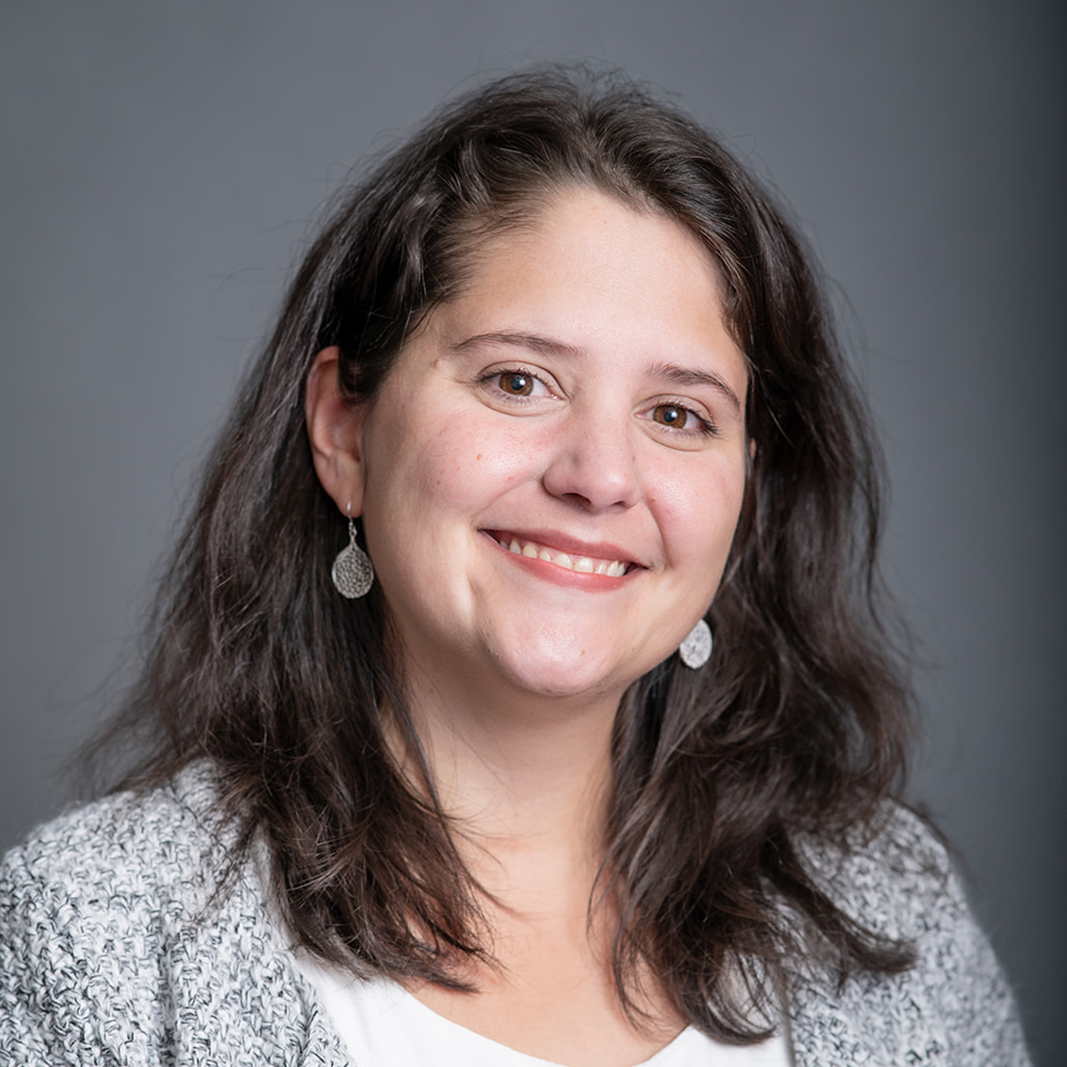 Adry has over twelve years of professional experience in public affairs, specializing in strategic planning, advocacy campaigns, message development, event coordination, and press. At Grossman Solutions, her work has been focused on successfully organizing grassroots and outreach efforts for clients including Access Health CT, MGM, and 1199SEIU Healthcare Workers Union. Prior to working at Grossman Solutions, Adry served as Deputy Advisor to the Governor of Puerto Rico and worked as lead researcher at CRECE, a think-tank on economic development in Latino communities. Adry is fully bilingual in English and Spanish.

Adry is a graduate of Yale University with a degree in Political Science and earned her JD at University of Puerto Rico School of Law. In her spare time, she enjoys taking board games way too seriously and tries to read science fiction while chasing after her two kids. 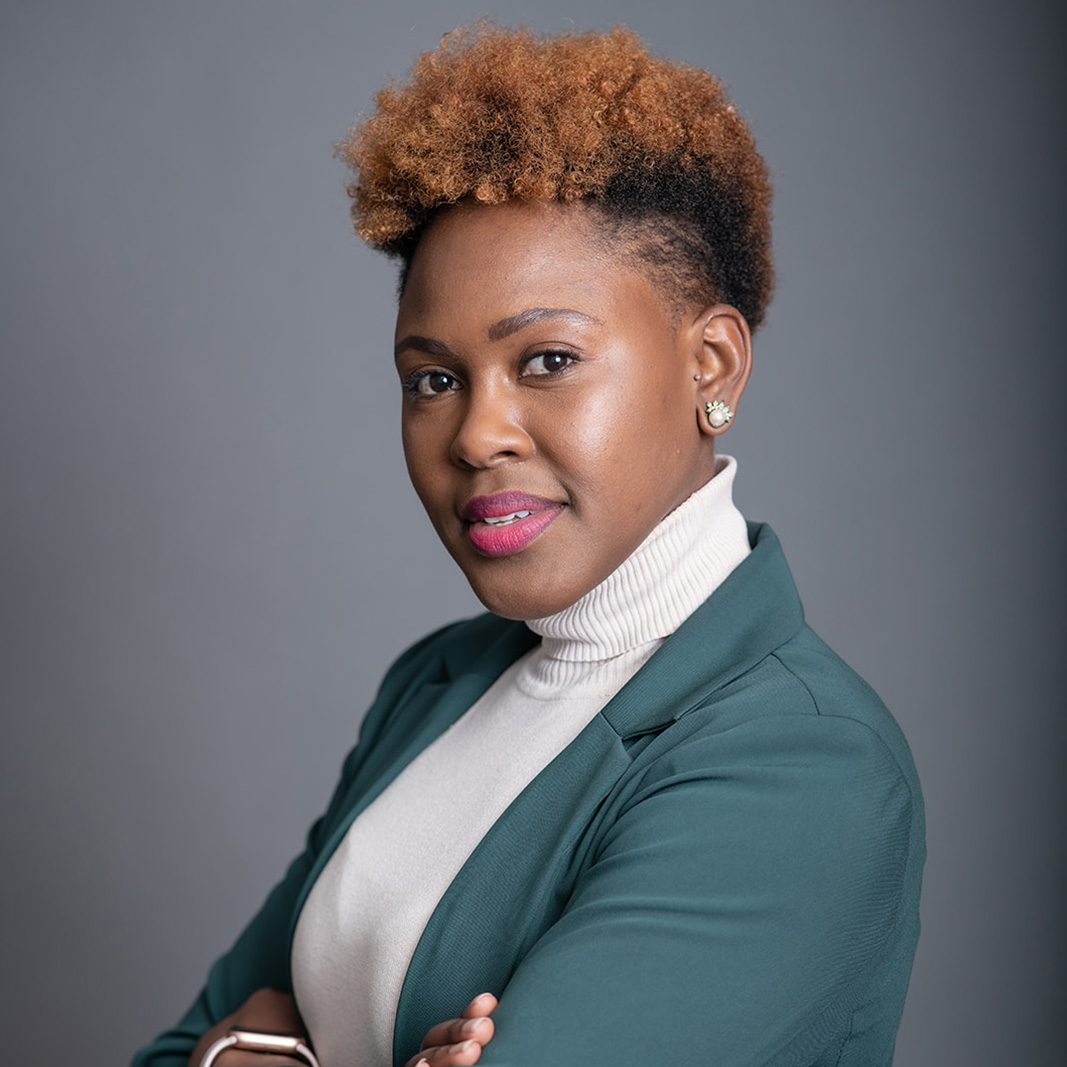 Chinequia has served in the health and human and social services field for over 10 years, working primarily in community outreach and community health education. Chinequia has dedicated much of her career to promoting health equity and healthy life choices, especially for young people and communities of color. At Grossman Solutions, Chinequia currently serves as an Outreach Associate, working with Access Health CT.

Chinequia has her Bachelors in Public Health/Health Promotion from Southern CT State University, and a Masters in Organizational Management and Leadership from Springfield College. When she is not out educating her community, Chinequia enjoys teaching dance and fitness classes and loves being a performing artist. 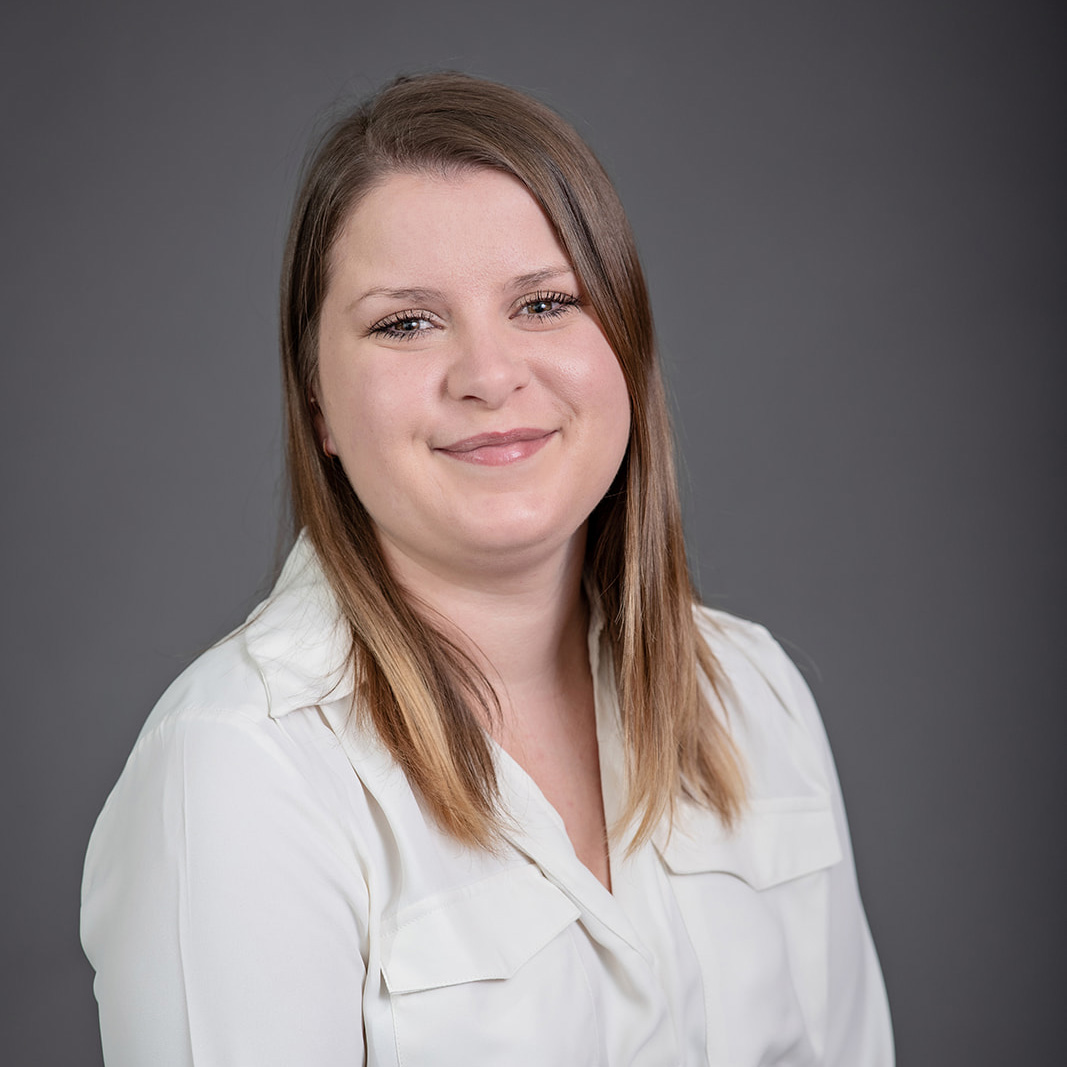 Grace is an associate with Grossman Solutions whose many strengths include powerful written communications and organizational management.  Working with a variety of clients, including Access Health CT and 1199 SEIU, Grace has been instrumental in a number of projects, including directing a statewide community outreach tour and executing a successful campaign for health insurance enrollment during the COVID-19 pandemic. In addition, Grace has worked on direct mail campaigns and digital advertising for our political campaign work. Grace is fluent in Spanish and puts her excellent translation skills to use for a number of Grossman Solutions clients.

Grace is a graduate of Trinity College, Hartford with a degree in Political Science. Outside of work, Grace is active with the Hartford Deportation Defense Group fighting for immigrant rights in Hartford and throughout Connecticut.